The Ford Mustang has been one of the most celebrated American vehicles of all time. Production of the Mustang begun in Dearborn, Michigan in March of 1964 and was introduced to the public on April 17th, 1964. Since then there has been numerous concept cars, special editions, and modified Mustangs that have been brought into production. Ford and several other third-party companies offered modified versions of the Mustang so that they could continue to cater to the car enthusiast who wants more power, better handling, and a classic style. Most of the Ford Mustang variants use the same mustang parts and to the consumer who has no idea about cars, they offer only slight differences from the original. 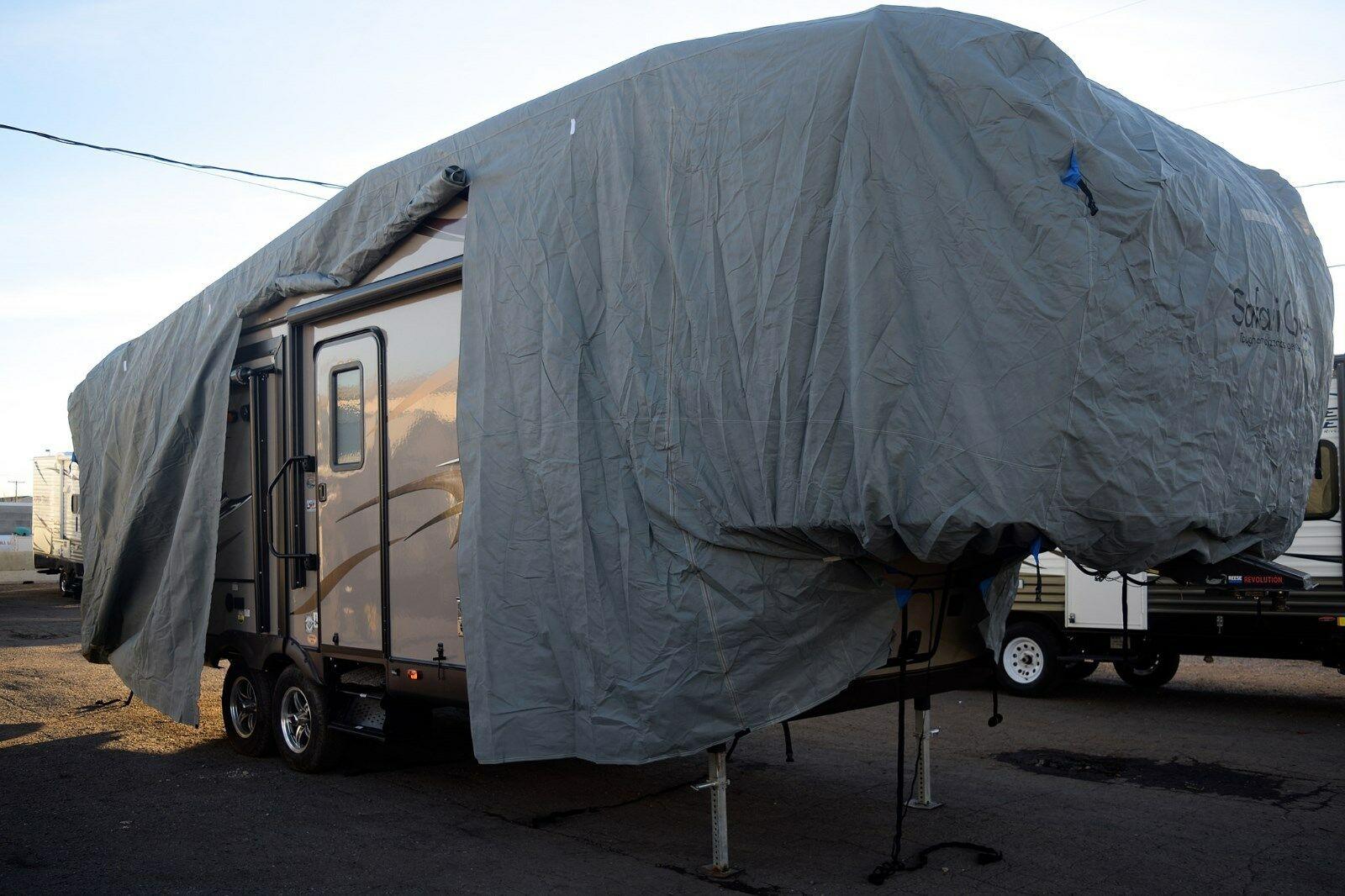 Some of the third-party modifications include the Shelby Mustangs. These were made popular by Auto racer Carroll Shelby who created this mustang for serious track racers and called it the “GT-350.” These models were fitted with a “Hi- {p” 289, a 4-speed manual, and four front disc brakes as well as heavy duty rear drum brakes. Other visual variations included a shortened hood, identifying trim, and the deletion of rear seats. In 2007, 500 GT-H convertible Mustangs were produced after the large success of the 2006 Shelby GT-H Coupe which was designed as a tribute to the 1966 GT350-H. The GT500E was also designed by Shelby Autos specifically for the Touchstone Pictures film Gone in Sixty Seconds which starred Nicholas Cage. In 2008, the Shelby GT500 “Super Snake” was presented which was inspired by the 67′ version of the Super Snake. This Mustang is basically a 1968 GT500KR reassembled. It offers a 605 hp 5.4LEaton roots type supercharged version with warranty. Buy fifth wheel covers for your mustang tires safety.

Roush performance was designed by former Ford engineer Jack Roush in 1988. This Mustang is available in three stages and three packages, Sport, Rally, and Premium. Beginning in 2007, Roush introduced the Sport and 427R editions which were based on the S-197 Mustang. This sport package became the Roush base model and comes equipped with body kits and high-performance exhaust systems. Additionally, they come with an upgraded appearance package. In the same year as Jack Roush, Dario Orlando founded Steeda Autosports.

Slightly before this, Saleen was founded by Steve Saleen in 1983. The first Saleens were primarily focused on looks and used stock Ford engines. Year after year the performance of a Saleen Mustang has improved more and more. Likewise, Saleen has proved himself by winning several races with his Mustangs. This includes the 24 hour Le Mans, 24-hour Daytona, and various SCCA championships throughout the years. Saleen produces many different versions of the Mustang and they are all called “S281.” It was inspired by the S281 SC with a supercharged 4.6 Liter V8, and the S302 Extreme, which has replaced the factory 4.6 liter with a Saleen-built V8 engine which increases the power from 465 hp to 620 hp.

Ford is always finding new ways to improve the most popular car in America. They’ve come out with special anniversary editions over the years remaining celebratory in their wide success since 1964.

Get some aftermarket Mustang Parts here and get the stylish stang that you’ve always wanted.

Mustangs have been around for many generations and they will continue to be here. They have become an icon in America and have been labeled as one of the best Muscle cars. Through the years Ford has been able to develop the type of Mustangs that consumers from all over will love.

The new 2008 Ford Mustang Bullitt is no exception to it. If anything, it only improves upon the design and adds new features that will help to make it that much more appealing. The 2008 Bullitt commemorates the classic Steve McQueen film. But Ford never makes their Mustangs in small numbers. There are a few other models that have been added to the 2008 model line-up.

Standing next to the Bullitt is the 2008 GT500KR. This is probably Ford’s most powerful Mustang ever to be built. Excited? I know I am! Power is something that we all crave in a car no matter how small or big it might be. And that is what Muscle cars are all about. Without power they would just be another economy car that we drive to work and listen to the radio in. Instead we are proud of each and every powerful Mustang!

As is custom these models are available in convertibles and coupes and come equipped with either the V6 or V8 engines in the Premium or Deluxe trims. The base version is built with 4.0-liter V engines that have the ability to push out 210 horsepower.

Ford has made the Shelby GT500KR a limited-edition coupe – which means if you really want it then you better get your hands on it fast before they are all taken. It is built with a 5.4-liter supercharged V8 engine that has the ability to push out 319 horsepower. When it comes to safety the engineers at Ford have equipped it with front side airbags, ABS, and traction control.

There are many trims and appearance packages that are available depending on what model you choose. This includes their famous and most notable “Warriors in Pink” edition. Much of the proceeds from this model package go to breast cancer research.

The Mustang is an icon in America today among the older and newer generations. It has become one of the best muscle cars on the market and this is something that will never change. Whether you choose the 2008 Bullitt or the Shelby Mustang you will enjoy the ride.

It is easier if you want a new car that is fully protected by the manufacturer’s warranty, although even then you have to be careful.

Even a new car could have stood outside a dealer’s showroom unprotected from the elements all winter, and you certainly have to look at it before you buy. As long as you understand the pitfalls as well as the benefits, then you can carry on with a degree of confidence.

A guarantee or warranty from the seller regard condition of bodywork is an absolute must, and if that is refused then you must think that there must be a reason. The vast majority of car salesmen are honest, no matter what you are led to believe, but they should be willing to back that honesty up with a guarantee.

Ford Mustangs can be driven hard and that means that the maintenance must be good. Most Mustang owners love their cars and look after them, but there are the few that don’t. Be careful if the price seems unusually low, even for online, since you can more than exceed the money you saved by spending a fortune on repairs a few weeks down the road. The standard of that maintenance might also be questionable, because a lot of people go for afterparts because they are cheaper, but these are not always as good as parts from the original manufacturer.

Before buying you should ask the seller for everything needed to identify the vehicle: its model, year, place of manufacture, and details of the engine, transmission and so on. When inspecting the vehicle make sure that details on the ID plate by the driver’s door ties up with the Vehicle Identification Number (V.I.N.) under the hood (or on the dash after 1968). If they don’t tally, or if you can’t find the plates, then don’t buy the car.

The parts of your Mustang that could go wrong, and be very costly to you, include the chassis, bodywork, drivetrain and suspension. The drivetrain especially can be expensive, and unless you are a mechanic the best way is to pay for a qualified vehicle inspector. A corroded chassis could mean that your lovely new Ford Mustang is fit only for the scrapheap, and even a new engine and gearbox is very expensive. You could buy another used car for cheaper.

The signs to look for in your test drive are squeaks and squeals, rattles and oil spots when parked. The gears should change smoothly and quietly without being forced and there should be no rust. A good driver who takes care of the car will keep the bodywork immaculate. After your test drive, keep looking don’t buy right away. Shop around online and get an idea of the market price for the model you just checked out. If you are buying online, you might have to hire a local expert to carry out the test drive for you.

If you are still interested, check out the history of your model and year. Take note of the various changes and make sure that the description fits your car. You will be able to choose with much more knowledge if you understand the history of the car, and the way it has developed over the years. You will also be able to show a degree of know-how when you speak to dealers, who might then be less liable try to take advantage and sell you a lemon. Dealers are always more wary with customers that show that they know what they are talking about.

You should also have a clear vision of what you want your car for. If you want a car just to drive around in than a Cobra might be more suitable for you than a powerful GT. So, keep your intended use in mind, and then check up on the average prices of the type of Ford Mustang you are looking for. Kelley Blue Book and NADA will provide you with the book price of any specific Mustang model and year of manufacture, so you will know if you are being overcharged or not. It is always best to be armed with the proper prices when you are looking to buy a used car.

The main problem with buying online is that the seller could be a long way away from your hometown, and you might not find it easy to actually see the car before buying it. If this is the case, make sure you have a money back guarantee should the car prove faulty or not as advertised. Some buyers in that kind of situation employ a local mechanic or auto service company to check over the car and provide a report. At least then you can be sure that the car has been examined by an expert.

You could ask for photocopies or scanned files of the service and repair history, but there is very little else you can do when purchasing from a distance. It is possible to get some great bargains online, and probably the best tip is to pay by credit card if possible, since you then have some degree of protection. However, the vast majority of online automobile transactions are completely honest, and you will generally get what you pay for.

It is even possible to buy your Ford Mustang online on eBay, and you can get some great prices that way. As long as you know what you want and what price to expect, and take some common sense precautions in having the vehicle inspected before use, there is no reason why you cannot clinch a great online deal for your Ford Mustang, and get a good car online at a great price.